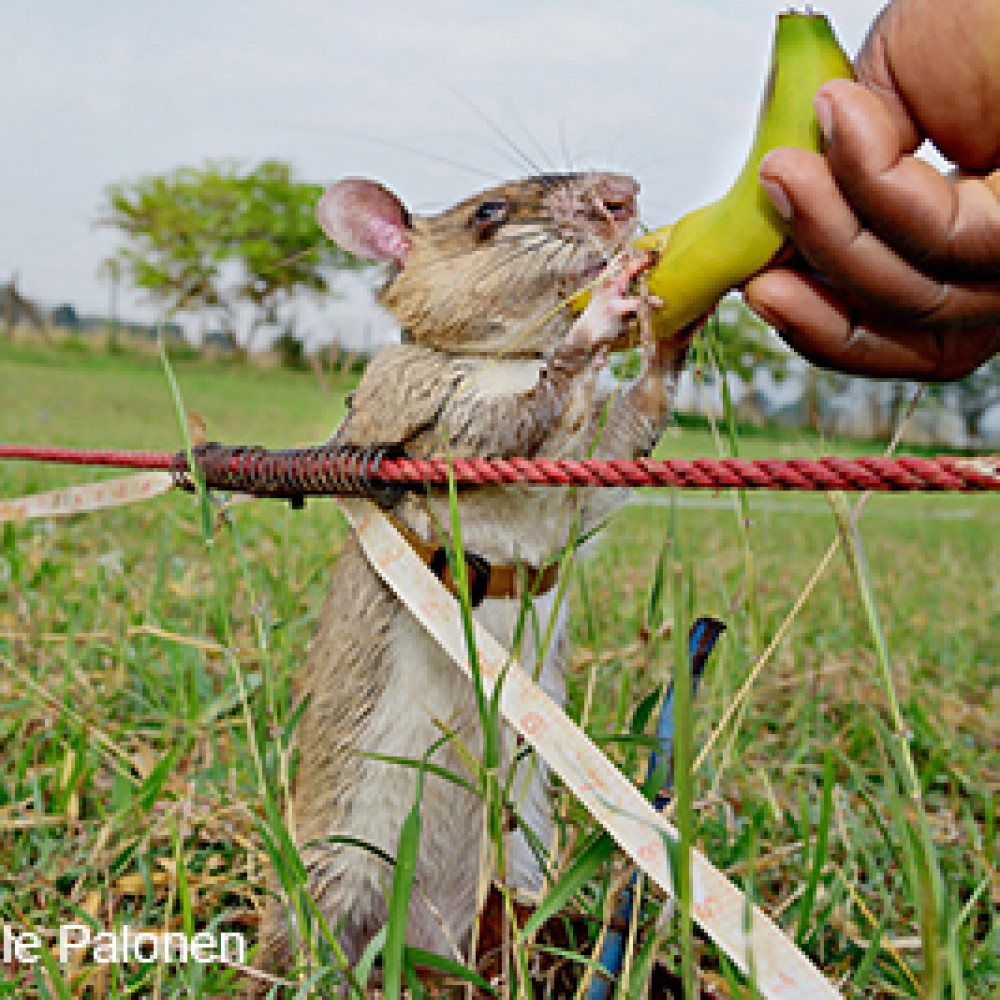 We train rats to save lives

Mine Action and Tuberculosis Detetction

Some 60 countries around the world are still affected by landmines and other leftover explosives. These cause tragic accidents and pose a barrier to development and economic growth. APOPO continues to develop approaches that combine existing de-mining technology with its innovative Mine Detection Rats (HeroRATs), in order to return mine-free land back to communities as quickly as possible.

Tuberculosis (TB) is now the world's leading cause of death due to an infectious disease. Every year TB claims 1,5 million lives and an untreated TB-patient can infect a dozen other people per year, making the need for faster TB diagnosis paramount. APOPO is working towards curbing the spread of TB by training African giant pouched rats to evaluate sputum samples more swiftly and efficiently.

History of the project

The story of APOPO truly began when Bart Weetjens, founder of the organization, developed a special relationship and appreciation for the rodents he kept as childhood pets in Belgium. Years later, this relationship would yield more than just friendship; it would offer the opportunity to help change a world where landmines pose a threat to life and progress in more than 60 countries and where Tuberculosis affects millions of lives across the world every year.

Bart Weetjens was exploring solutions for the global landmine problem. As a rat pet owner, he came across a publication using gerbils as scent detectors. Rats, intelligent, cheap and widespread over the world were going to detect landmines, that much was sure.

January 2016 Prof. Mic Billet, the founder of the Institute for Product Development and former lecturer of Bart, fully supports the idea and made his personal resources available for further investigation and promotion of the new initiative.

The APOPO project is launched on 1st November 1997 by Bart Weetjens and his former schoolmate Christophe Cox. They previously collaborated in a non for profit which was headed by Mic Billet, and started building a Kennel facility for the training and Breeding of African Giant Pouched Rats. They contacted Sokoine University of Agriculture in Morogoro, Tanzania, and placed an order for the import of Giant Rats.

Biologist Ellen van Krunkelsven joins the team, and training experiments begin. The first African Giant Rats had arrived in Antwerp, but breeding them proved a major challenge. Anticipating the first offspring, APOPO developed its first training methods using Norwegian hooded lab rats. Halfway through the year, this rat demonstrated that it could search for a cannister with TNT and drop it for the visiting program evaluator of the Belgian Development Coorperation.

APOPO developed training methods for detecting buried explosives as well as explosive samples, and gathered enough evidence to take the program to where it was meant to be: Africa!

As a spin off from the REST application, APOPO realized the rats could be useful in adressing other humanitarian challenges in Africa. The devastating surge of TB and the lack of an appropriate diagnostic tool inspired APOPO to test the rats on their ability to sniff out positive TB sputum samples. They were collected from the hospitals in Morogoro, and soon the rats proved they could also do this job. 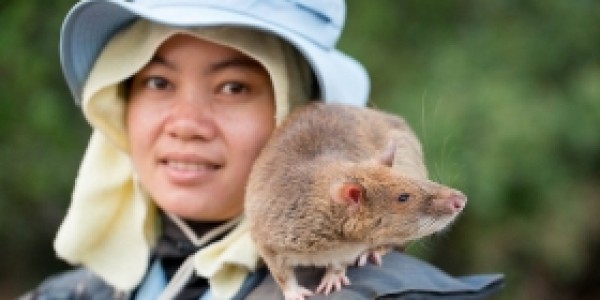 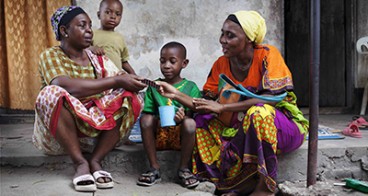 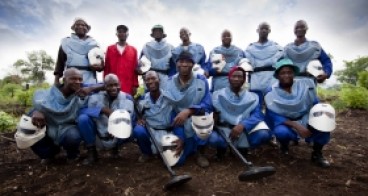 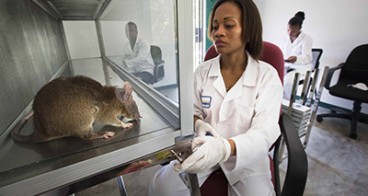 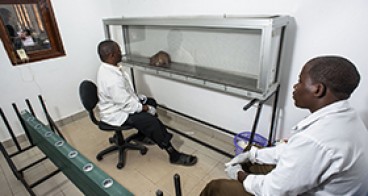