Did you know? Lilo.org search engine allows you to finance GreenWave. All suppports count!

To help finance GreenWave use Lilo !

Saving Our Seas and Ourselves 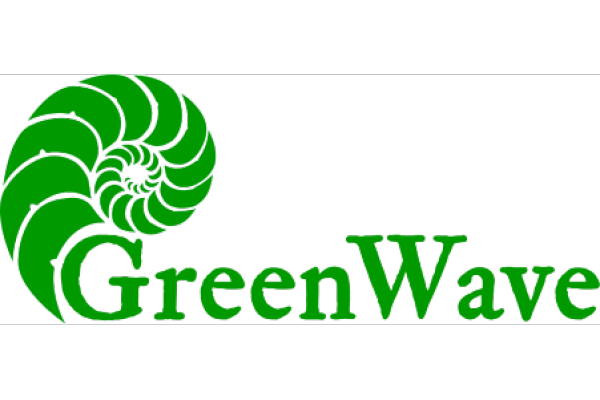 4 470 $
Finance this project through Lilo

You may also sign up to Lilo and finance your favorite projects
See
all projects
We exist to restore our oceans, mitigate climate change and create jobs.

We support a new generation of ocean farmers and innovators working to restore ecosystems, mitigate climate change, and build a blue-green economy.

We envision a day when there are millions of restorative ocean farms on coasts around the world contributing food, fertilizers, energy and much more to local economies, while saving our oceans – and ourselves.

Bren Smith, GreenWave Executive Director and owner of Thimble Island Oyster Co, pioneered the development of restorative 3D ocean farming. A lifelong commercial fisherman, his work has been profiled by CNN, The New Yorker, NPR, Bon Appetit, National Geographic Television’s Future of Food series, and the Wall Street Journal. His writing has appeared in the New York Times, National Geographic and The Atlantic.
Called a “visionary” by Barton Seaver, Director of Harvard’s Healthy and Sustainable Food Program, Bren’s farming model is designed to restore ocean ecosystems, mitigate climate change, and create blue-green jobs for fishermen — while ensuring healthy, local food for communities. In 2015 he was awarded the Buckminster Fuller Prize for ecological design. In 2013, Smith was chosen as one of six “Ocean Heroes” by Oceana and Future of Fish’s “Ocean Entrepreneur” of the year. He is an Ashoka Fellow and Echoing Green Climate Fellow.

Creating Jobs
Once thriving fishing communities are struggling, but they also have all the human and infrastructure capital necessary to thrive once again. GreenWave transforms unemployed fishers into restorative ocean farmers through our apprenticeship and vocational training programs.

Growing Ecosystems
Our farms use restorative species that mitigate climate change while providing reef habitats for hundreds of marine and bird species.

Rebuilding Storm Barriers
Oyster reefs once sheltered the estuaries around New York City and other coastal communities from violent storms like Sandy. We’ve polluted and over-harvested the very species that protect us. 3-D Ocean Farms rebuild these natural reef systems and enhance our resilience to climate-related weather events.

Preventing Deadzones
Oxygen depleted dead zones are a major global crisis, and the main perpetrator is the nitrogen coming from our farms, factories, and homes. 3-D Ocean Farms filter and sequester the nitrogen runoff and enable us to capture this valuable resource. Nitrogen, in the form of kelp-based fertilizer, may one day end up on the same farm it came from, closing the nitrogen loop.

Sequestering Carbon
Our oceans have absorbed up to one-third of our carbon emissions, causing acidification and increasing vulnerability for billions of organisms. Kelp and other sea vegetables absorb up to five times the amount of carbon as land-based plants.

Rearranging Our Seafood Plate
With over 10,000 edible plants in the sea and more of the United States underwater than above, this our opportunity to rearrange our seafood plate – and do food right.

Polyculture Over Monoculture
By increasing the biodiversity of our food system we can increase our resilience.

Food Justice
By building food access, good wages, and nutrition into the DNA of the new ocean economy.

Protecting Seed Stocks
By preventing marine species from becoming patented like many land based organisms.

Protecting the Commons
3D Ocean Farms are designed to be community spaces where anyone can fish and boat. We must ensure that our oceans remain beautiful, pristine and communal spaces. 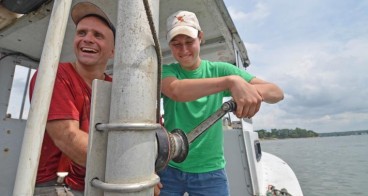 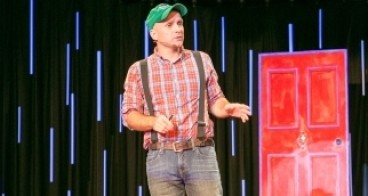 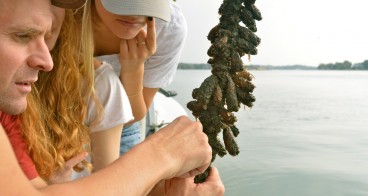 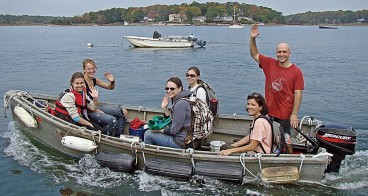 Link to the page: http://greenwave.org/