Zero Deforestation is a wave of solidarity in favour of returning native forests by the use of legal means (Ecuador, Peru).

Created in 1992, Arutam is a French association that supports native peoples in Ecuador, Peru and Mexico working to protect native biodiversity, forests and know-how (Zero Deforestation, Selva Viva boat, Huichol pilgrimage trails). In France, it encourages cultural exchanges (solidarity trips, publications, exhibitions, actions in schools and universities) to promote ethno-diversity and global biodiversity.
Arutam is affiliated with the Lilo Carbon Compensation Programme. 50% of the drops of water distributed to Arutam Reforestation are redistributed to the Zero Deforestation Programme that has been certified by Ecocert.

IF WE DO NOTHING, THE AMAZON FOREST WILL HAVE DISAPPEARED BY 2070.

Deforestation counts for one quarter of global warning. Ancient forests retain immense stores of carbon and if they are destroyed they release enormous quantities of greenhouse gas. Before replanting, global deforestation must slow down.

Assist in breathing new life into the planet!
Compensate for your carbon emissions with Zero Deforestation! 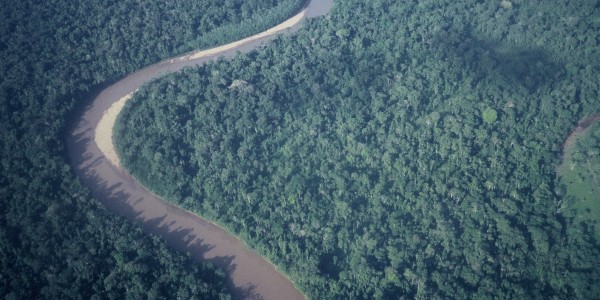 LET’S FIGHT TOGETHER AGAINST DEFORESTATION IN THE AMAZON FOREST!

Each hectare of Amazonian forest saved, apart from protecting the many plant species that may well be of use to us one day, means that 650 tonnes of carbon are stored, the equivalent of 150 years of CO² emissions for one French family or driving 24 million kilometres in a small cylinder car!
The level of deforestation is 17 times lower in Indian territories than in the rest of the Amazon (Data from ISA, Brazil 2006). By returning their land to the Indians, we automatically slow down deforestation...
Restitutions are over an area of 365 000 hectares of virgin forest, the equivalent of the Greater Paris area.
This programme offers financial support to Indians so that they can recover their ancestral lands and in doing so oppose irrational exploitation of their forest. Further to that, conservation and development projects are put in place to allow the Indians to obtain sources of revenue without having to move to cities where they will end up being exploited: 135 000 trees have been replanted to date. 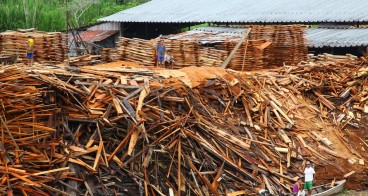 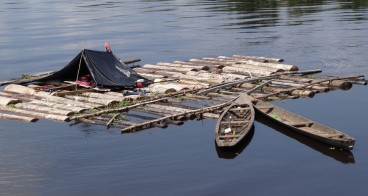 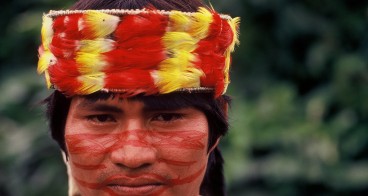